You are here: Home / Blog / Game Of Thrones / The North / Catelyn Stark of Winterfell Game of Thrones

Catelyn Stark is the wife of Ned Stark and the Lady of Winterfell. She is the mother of Rob, Sansa, Aria, Brandon, and Rickon Stark. She is a Tully of Riverrun by birth and the sister of Lysa Arryn of the Vale.

Catelyn Stark is one of the more interesting characters in The Game of Thrones series given her position in her relationships with people who are both in Alliance with her and people who are enemies. She of course is the wife of net art Stark and is very well connected with all the children Rob, Sansa, Aria, Rickon, Brandon so she has a great influence on the Stark family. In addition she is revealed to be the aunt of Jon Snow who she thought was Ned’s bastard son and went to her death thinking that. And her treatment of Jon Snow is a big part of who he becomes down the road. She is of course the daughter of Hoster Tully who we see died at the beginning of the series her mother mint senia went dies before the series actually starts. Her brother is Edmure Tully who becomes the Lord of riverrun after his father’s death and is also wet it to the phrase who of course turn on the Tully’s and the Starks at the infamous red wedding. He is later Ransom back to the Tully’s at the expense of their ancestral home. Her other sibling is of course Lysa Arryn who as we find out actually murders her husband John Aaron at the encouragement of little finger. Little fingers little fingers romantic involvement with Liza and ultimately Sansa is all linked to his past desires for Catelyn that of course are unrequited. The book version of Catelyn differs in some very Stark ways from the HBO series the first is that after the Red Wedding in the book Catelyn actually is brought back to life and plays off a little bit more of a role post-death. In the book version of the story she has a greater involvement and pushing Ned to go to King’s Landing in the first place to do his duty for the king and of course we know that this is what brings about the downfall of house Stark. 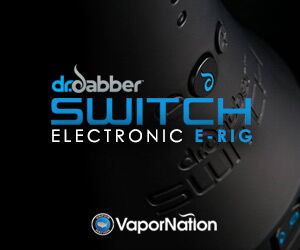